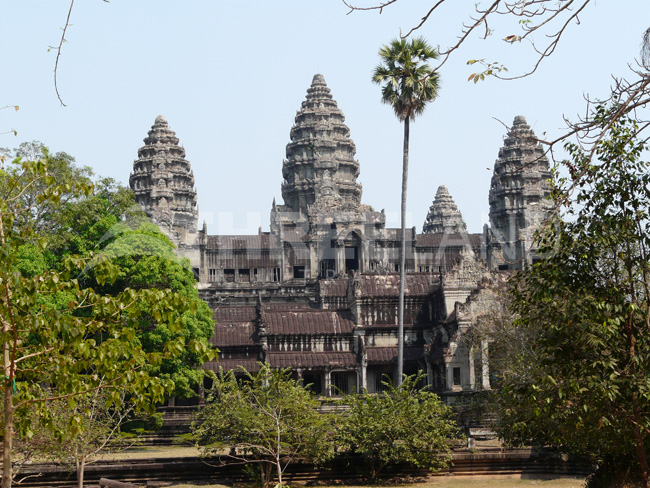 The name of ‘Angkor’ surfaced in the 16th century – the place was called Anjog, Onco, Anckoor, Ongcor, Angcor, and Vat Nokor by Western explores. Angkor Wat  is believed to be a  corruption of the Khmer Nokor (nakhon in Thai, and nagara in Sanskrit), meaning the Royal City of the Khmer Empire. It was built between the 9thand 14th centuries as the administrative and religious center of the powerful Khmer Empire. Bas-reliefs like those at the Bayon and Angkor Wat provide clues about life at Angkor.