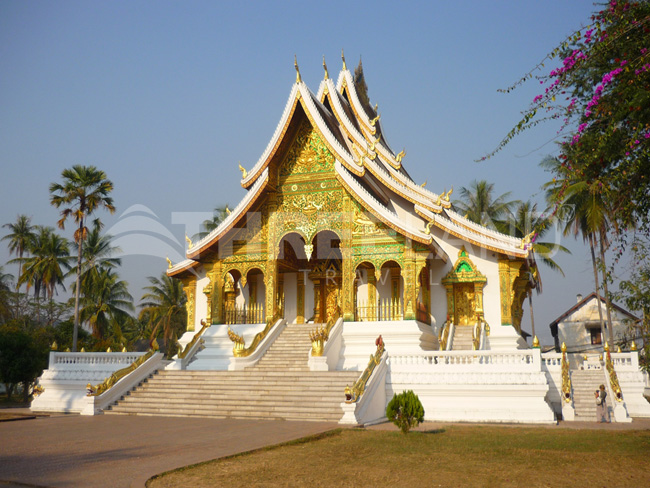 The old royal palace sits at one end of town, opposite Phou Si hill. The current palace building was built in 1904 on the foundations of a much older palace. This was after the Luang Prabang kingdom became a French protectorate, so the building features a blend of Lao and French styles.