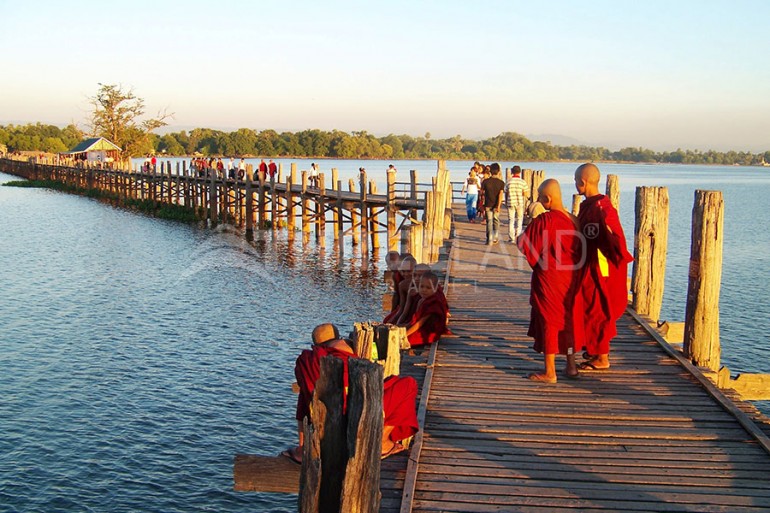 Outside Mandalay’s city centre, and stretching across Taungthaman Lake, U Bein Bridge leads the way to the former Burmese capital city of Amarapura. The ageing bridge stretches 1.2 kilometres to the other shore, making it the longest teak bridge in the world. Mayor U Bein is credited for the creation of the bridge in the 1850s, using scavenged teak pilings from the discarded palace of Amarapura when they moved the capital to Mandalay.