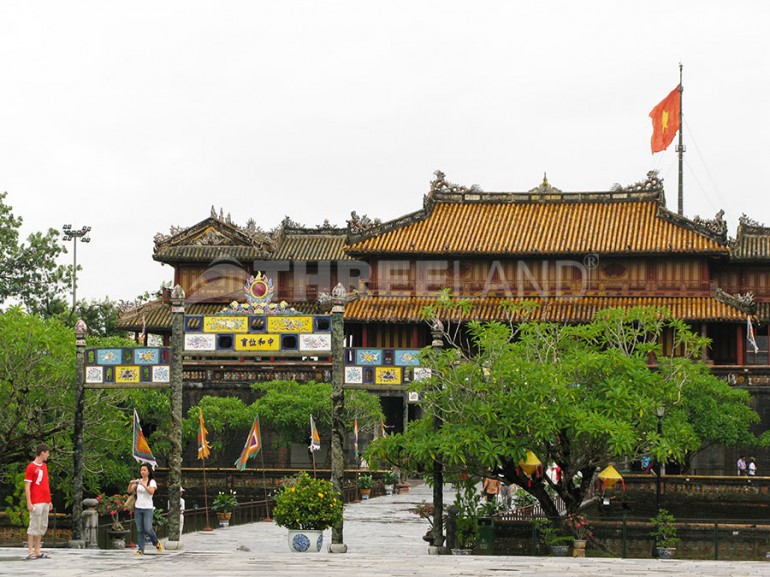 The principal entrance to the Imperial Enclosure is Ngo Mon Gate, which faces the Flag Tower. The central passageway with its yellow doors was reserved for the use of the emperor, as was the bridge across the lotus pond. Others had to use the gates to either side and the paths around the pond.

On top of the gate is Ngu Phung (Belvedere of the Five Phoenixes); on its upper level is a huge drum and bell. The emperor appeared here on important occasions, most notably for the promulgation of the lunar calendar. On 30 August 1945, the Nguyen dynasty ended here when Emperor Bao Dai abdicated to a delegation sent by Ho Chi Minh.