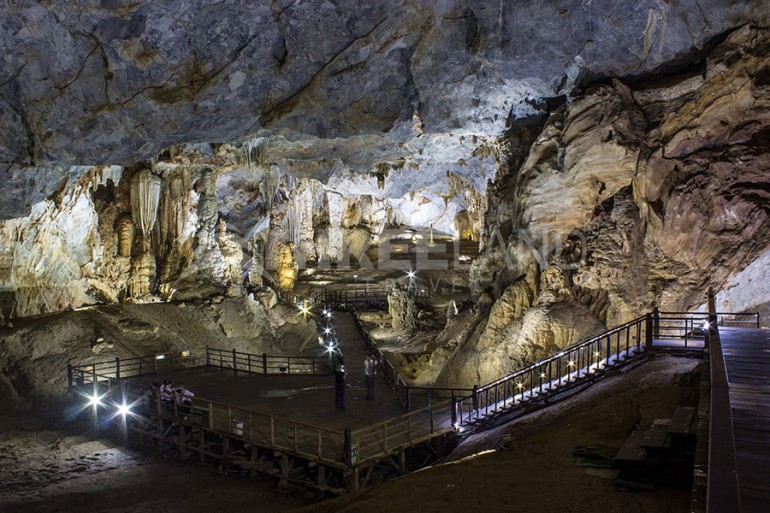 Paradise Cave (Thien Duong Cave) is a cave in Phong Nha – Ke Bang National Park, UNESCO’s World Heritage Site, 60 km northwest of Đong Hoi city. Thien Duong Cave is located on an elevation of 200 meters above the sea level, near the west branch of Ho Chi Minh Highway, in Son Trach Commune, Bo Trach District, Quang Binh Province, Vietnam. The cave was discovered by a local man in 2005 and 5 first km of this cave was explored by explorers from British Cave Research Association in 2005, the whole 31 km was explored and publicly announced by the British cave explorers. This cave is 31 km long, longer than Phong Nha Cave which had been considered the longest cave in this national park. The height can reach to 100 m and 150 wide. The limestone formation is also more spectacular than that of Phong Nha Cave. The British cave explorers were impressed by the beautiful and spectacular stalactites and stalagmites inside this cave and they named it Thien Đuong Cave (Paradise Cave).